It’s All a Matter of Time 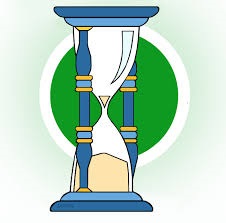 Time. It fascinates us, captures our imaginations with the possibilities of time and time travel, so much so that our literature and the entertainment industry are filled with stories and songs which follow that theme. There have been countless movies on the subject: the Back to the Future series; Time Cop; The Terminator; Groundhog Day; Planet of the Apes; Bill and Ted’s Bogus Journey; The Butterfly Effect; Land Before Time; and Timestalkers, to name a few.  And of course, television series: Dr. Who; Quantum Leap; Sliders; Time After Time; Outlanders – not to mention series with one or more episodes that involve time travel. Books and stories about time travel include: A Connecticut Yankee in King Arthur’s Court, by Mark Twain; The Time Machine, by H.G. Wells; Rip Van Winkle, by Washington Irving; A Christmas Carol, by Charles Dickens; “The Langoliers”, by Stephen King (Four Past Midnight); Timeline, by Michael Crichton; Harry Potter and the Prisoner of Azkaban, by J.K. Rowlings; The Time Traveler’s Wife, by Audrey Niffenegger; and more recently, All Our Wrong Todays, by Elan Mastai. Even the music industry has gotten in on the theme: Fleetwood Mac can’t stop thinking about tomorrow; Tim McGraw deals with it in segments, so he only worries about the next thirty years; Bad Company is ready for love and figures better things are bound to happen looking forward; Jim Croche wants to save it in a bottle; Cindy Lauper comments on the repetitiveness of it, as things tend to happen time after time; and Stevie Nicks would do it all again, even though it’s not always a breeze. These lists don’t even scratch the surface. So, why is it that time so fascinates us?

I had a little Australian Shepherd named Dorchester. I got her when she was a pup. When she was young, she was agile and fast. Man, was she fast. She could smoke both the male Blue Heelers she grew up with to get a Frisbee. Then, she’d run off with it and wouldn’t give it back. She never was much for playing by the rules. But, as she got older, of course, she slowed. Age affects dogs in many of the same ways that it affects people: it gets harder to get up and down; movement is slower, more careful; the senses are not as accute as they once were, etc… Dorchester began to lose her eyesight first, even before her she lost her speed and her agility, so I had to become her seeing eye person. I began carrying a walking stick on our walks, thunking it down firmly on the ground with each step I took, so that she could hear where I was and follow. We walked this way for several years until eventually she was no longer able to go on walks with me anymore due to poor eyesight and other effects of aging. 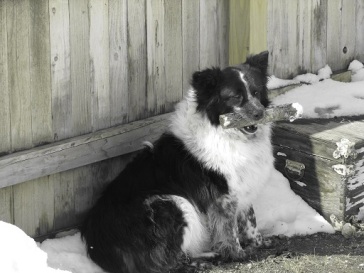 Dorchester isn’t with me anymore, but I still go on walks with both of the Heelers. We all walk a little slower these days. Our walks are shorter and there’s not a lot of rabbit chasing anymore, but they are are enjoyed, never the less. My son’s dog, Zaar, was Dorchester’s mate. They were the same age, each joining our family at about the same time. As Zaar ages, he is not only losing his sight, but his hearing, as well. He is very frightened of thunder and storms always gave him major anxiety attacks, so his not being able to hear so good hasn’t been a totally bad thing, but it does pose new problems on our walks. Zaar grew up walking on our property, so he thinks he knows where he’s going and doesn’t always pay attention to where his walking companions are headed. He gets into ‘the zone’, nose up, sniffing th air, and no matter how loud I yell, he doesn’t hear me, causing me to have to chase after him, touching him to get his attention and get him back on track. Zaar was also raised around a Heeler who was deaf, so he learned hand signs and once I have his attention, he will follow, but it’s getting his attention that’s the trick.

The exercise he gets from his walks is what keeps him healthy and mobile. As I watch him getting older, I feel a sense of urgency, knowing that time may be running short for our walks and I want to enjoy my time with him while I can. I guess I just don’t know how to be a seeing eye person for a dog that can’t hear. He doesn’t hear my stick. I must figure out how to adapt and rise to the challenge, because left to his own devices, Zaar would soon be lost, especially after dusk, when his eyesight is at its poorest. It seems none of us are as young as we used to be.

It’s easy to look back and see what we’ve lost. ‘Hindsight is better than foresight’, and all that. Looking to the past, all our regrets become vividly obvious, but we tend to embellish the good times, as well. I think happy moments may be remembered as euphoric, more so than what they actually were, because those are the times we wish to hold onto. When I look back, there’s a dividing line to my timeline, seperating my life before my teenaged son died, and post-death, signifying the time when he was no longer in my life. That’s my loss. The time when Mike was alive seems brighter, more vivid in my memories. He was my biggest fan, with aspirations and the ability to be a writer himself. He was a unique soul and a source of inspiration for me.

These days, I feel a sense of urgency to make this writing for a living thing work while I still have time to do so. I have certainly taken enough time making it happen. I was 52 when I finally earned my M.F.A. and 53 before I became a published author. I’m sure I have some good years left, but I have to wonder if there will be enough for me to realize my dream. I wish I could go back in time and do things differently, but of course that’s only possible in my fiction.

Now, with time travel, there’s the possiblity of doing things over, making things turn out different. Granted, it doesn’t usually turn out well when you go messing around with time, but things can, on occasion turn out better. If you don’t believe me, just take a look at MY time travel short, Last Call. Things aren’t going good for Derek, but he finds a way to make his life better. Maybe I could go back and get started on this career path a lot earlier in life. That’s not Derek’s solution, but it could work.

I don’t live in Derek’s world and there is no Last Call bar for me. I know I can’t just sit back and wait for things to happen, so if I want to reach my dreams while I’m still alive to see it, I have to take action. I must market what I already have published, but even more importantly, I must keep writing. So, my plan is to just keep at it. Eventually, my efforts will pay off. I have to believe that.

So what if I didn’t earn my M.F.A. until I was 52 and wasn’t published until I was 53? I’m not the only one to get a late start on their dream. After all, according to an inspirational Facebook post by Karen Caron, Stan Lee’s first big comic came out at age 40, Morgan Freeman had his first major movie role at age 52, and Julia Child didn’t make her cooking show debut until age 51. That puts me in some pretty good company.

Young or old, all we can do is look to the future. (There’s that time thing again.) 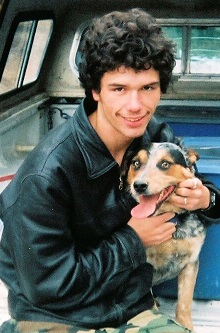 With that in mind, I’ve begun the writing and compilation of my memoir about my son’s life and death, finally, after nine years. I’ve decided that it’s time to reunite the two time periods that divide my life and my thinking. After his death, I wrote poems and stories about him, pouring my grief out onto the page. I compiled all the photos of him into a slideshow for his memorial dinner. In addition to that, I plan to contact some of Mike’s friends and request them to contribute writings of their own about who Mike was for them. It’s going to be a massive amount of work, but his story deserves to be told and there is no one else who can tell it. It will be my first non-fiction work of book length.

I’ve always said that I never have less than three works in progress. Michael: How my son became a teen suicide statistic, will make the third one, as I’m also writing the first draft of the sequel to my western novel, Delilah: The Homecoming and I’m revising the first book in my science fantasy Playground for the Gods series, The Great Primordial Battle. Writing is an integral part of my life, past, present and future. I may be an old woman, but there is no other direction in which my life can go. Mike would be proud of my accomplishments so far and I think he would be glad that his story will finally be out. After nine years, it’s about time.