Christmas Isn’t What it Used to Be 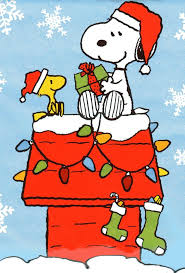 I can remember as I little girl going to the mall with my mother and my grandmother to do our Christmas shopping and sit on Santa’s lap. All the stores played Christmas music, the buildings were all lit up with beautifully colored Christmas lights and there were Salvation Army Santas on every other corner shaking their bells. It was a happy time, but not any more.

These days it seems like everybody is in a hurry, and Christmas spirit is often hard to find. People in the stores will run you over, or snatch an item right out of your hand. A minor bump in the aisle is likely to result in violence. Christmas shopping is no longer a pleasant experience, if you’re not too timid to venture out at all. Christmas is supposed to be a time of peace on Earth and good will toward men, but folks won’t hesitate to deck the aisles with anyone who gets in their way.

The other day I was in the store, and I saw an older man bending down to get a case of soda from the bottom shelf. A kid came barreling around the corner with a shopping cart and plowed right into the man, knocking him to his knees, pops splaying out of the case and scattering across the aisle. The man reacted, turning to say, “Hey, watch it!” Then, the boys mother came around the corner and told the man he was rude. Store employees appeared, offering to help the man up and cleaning up the mess in the aisle, and the lady and her son disappeared into the crowd.

The boy’s actions were disrespectful, not even offering an apology, but the mother’s response, to my view is incomprehensable. If I had done something like that as a child, or for that matter, if my children had done something like that, there would have been apologies, not only from the parent, but the parent would have made sure the child apologized as well and there would have been a couple of reddened butt cheeks when we got home. The woman didn’t see anything wrong with what her son had done, she felt no regret or guilt seeing the man on his knees in the aisle. She didn’t even take the time to see if he was alright. That’s not Christmas spirit. I’m not sure that’s even human.

These days everyone is angry and distrustful. We don’t trust our fellow man. How can we when road rage is common place, as are mass shootings and bombings of public events? You have to take care when opening emails or answering robocalls, because scammers are everywhere, trying to get your personal information to take your money or steal your identity. And mothers are afraid to let their kids sit on Santa’s lap for fear there might be a child molester hiding under that beard. This is the social climate that we live in today and it’s very different from the simple world that I grew up in. And it just doesn’t feel like Christmas anymore.

Through all the changes, it seems that many of us have lost sight of what the true message of Christmas is. Christmas is about giving; not about getting the best deal, or buying the most popular toy. Jesus was God’s gift to mankind because he loves us. That’s why the first word in Christmas is Christ. It’s sad to think the term isn’t deemed politically correct these days, because that term is meant to remind us of why we celebrate Christmas and what it’s all about. It’s about Love, plain and simple.

I have to smile when I see stories on the news of Secret Santa, the man who goes around giving money to complete strangers each year, or the man who drives around with a trunk full of basketballs, which he gives to needy kids, not just at Christmas time, but year round. Not all of us have forgotten what Christmas is about. There are those out there who still know about the spirit of giving and love for your fellow man. I think those folks were more abundant when I was growing up, but they can still be found if you look.

So this holiday season, I challenge all of you to renew your Christmas spirit: go out and do one nice thing for someone you don’t know, say ‘thank you’ when someone shows you a courtesy, or just give a smile to someone who looks like they’ve had a hard day. Call up a friend or releative you haven’t seen or heard from in a while and wish them a Merry Christmas. It doesn’t have to be much. Just enough to make you aware that you’re still a part of the human race and let you feel the love.